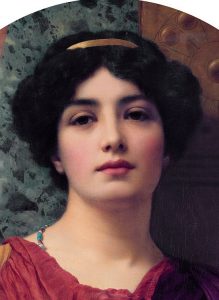 The real estate agent grinned. “That’s what I planned,” she said, a knowing look on her face. She spoke in response to my comment that the acreage the agent lives on could someday be subdivided and sold into several lots.

Women in real estate? It’s not all the common. I’m reading a journal article about how Victorian houses built in the 1870s in San Francisco and it’s all about the men building and developing.

You’d think that real estate was always the male arena, at least until recently. Yes, there might of have been few women involved in property, but it’s incorrect to say there were no women, particularly in ancient times.

In the article Urban Real Estate in Late Republican Rome, the author notes that a woman called Metella purchased large blocks of property in Rome and then subdivided them, presumably for a profit.

She needed dough. Metella was the fourth wife of Lucius Sulla, a statesman and general, who fought for control of Rome. At one point, when enemies burned Sulla’s villas, Metella had to flee for safety with her children to her husband in Greece. She kindly offered to help his supporters financially.

Yet when her husband celebrated a victory with a lavish feast to the god Hercules, Metella was sick and near death. Priests told Sulla not to go near her and not to have his house polluted by her. So he divorced her and had her dumped at another house.