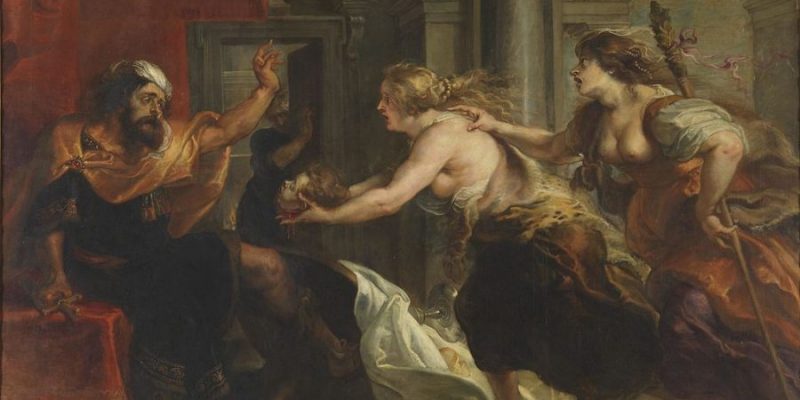 “It can’t be true, what those women are claiming,” said a woman at a banquet I was attending last week. “Why would they wait so long?”

I pondered her perspective.  Perhaps she has never been molested? Perhaps she doesn’t know what it’s like to be the powerless in the presence of the powerful?

Yesterday Salma Hayek, in a New York Times article, broke her silence about her experience with Harvey Weinstein. Why talk now? “(T)he mere fact that I was ashamed to describe the details of what I had forgiven made me wonder if that chapter of my life had really been resolved.”

The avalanche of women speaking up and saying #MeToo will have—if it hasn’t started already–an inevitable backlash. Many, including other sexual harassers, want women to stay quiet.

Silencing women has happened frequently in the past, as Professor Mary Beard noted in Women & Power.  In the book, she describes a mythical story in Ovid’s Metamorphosis about Princess Philomela, who is raped by her sister’s husband Tereus. To prevent her from reporting the rape, Tereus cuts her tongue out.

Yet in this mythical story the women in the story do speak, not in words, but in deeds. Philomela weaves a tapestry that tells about the assault and shows it to her sister. Her sister then kills her son by Tereus, boils him, and serves him to Tereus as a meal.

“Men sexually harassed because they could,” wrote Salma Hayek. “Women are talking today because, in this new era, we finally can.”

Do you have ungrateful children? Are you tempted to write them out of your will?

That’s exactly what one mother did 3,000 years ago.

Naunakht, an Egyptian woman of modest assets, had eight children: four boys and four girls. Children were supposed to look after their aged parents in Egyptian culture.

Yet some of her children did not do their duty.

One son was cut out of the will because he had already received his fair share and squandered it.

Yes, she didn’t own much. Her favored son received her most valuate asset, a bronze washing-bowl.

Her family was in court twice because of the will. Enough times so that everyone could see who the ungrateful children were.

Thanks to Toby Wilkinson in Lives of the Ancient Egyptians 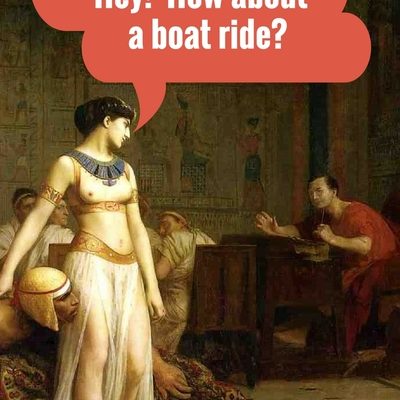 I’ve heard that New York publishers can take 18 to 24 months to get your book out to Barnes & Noble.  I’m tired of waiting for my novel Marc Antony’s Best Wife to be out in the world.  It must be like how a pregnant elephant feels before she gives birth after 22 months.

You may not have heard of her. I hadn’t either until a friend called my attention to an article about Goddard.

Goddard was one of America’s first female publishers. She published the Maryland Journal in 1774, taking it over from her brother. Goddard printed newspaper scoops on the battles of the Revolutionary War at her own personal risk. Her newspaper office was raided twice and her life was threatened by irate readers. That didn’t stop her.

When she was hired by Congress to print copies of the Declaration of Independence, she included her name at the bottom.

Yes, she’s the only woman on the document, and there it is today, among all those male signatures.

She’s shown me that I can be my own publisher.

Many thanks, Mary Katharine Goddard.

And thanks for the head’s up from my friend Laura Swan, author of the great book The Wisdom of the Beguines: The Forgotten Story of a Medieval Women’s Movement

For more information about Goddard, check out the Washington Post article. 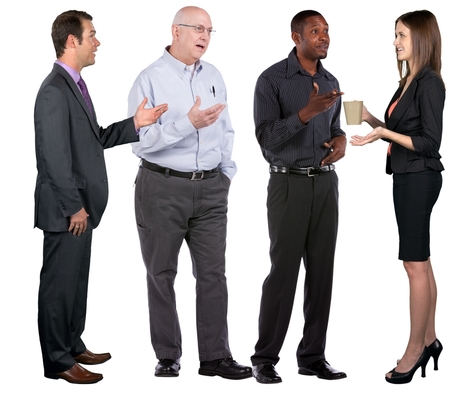 When our family is treated badly by companies, I’m the one who calls them on it.

The time our hotel room door was left open for who-knows-how-long by a locksmith changing the lock? I talk to the hotel manager.

Our $10,000 air conditioning unit fails the third time we use it and the company says they’ll send someone out in a week and a half? I post a comment about their service on their Facebook page.

They might label me a witch (or something close starting with a “b”), but I don’t care. Right is right.

The New York Times and the website Women You Should Know both posted articles this week about women being talked over by men.

They even have a term for it. It’s called “mansplaining.”

It shouldn’t be done. It’s sexist. At the very least, it’s bad manners.

How do we change men so that they respect women’s right to speak?

Call them on it. Yes, they might label you a witch (or something close starting with  a “b”). But so what?

Draw attention to it. Use social media. Both of these were done by Marilee Talkington on Facebook.

A 124-year-old Jewish cemetery in Missouri was vandalized this past weekend. The attackers overturned about 170 grave markers, pushing them off their bases.  The motive is unknown until the culprits are arrested, but we can certainly guess.

We have a long history of desecrating the place of the dead to make a statement for the living. Even in Ancient Egypt, not long after Queen Hatshepsut died, her mortuary temple was vandalized.

Hatshepsut ruled Egypt with her stepson Tuthmosis, who was a baby when she started her reign. She did good things for Egypt, including building magnificent temples and masterminding a highly profitable trade with another land.

After she died, Tuthmosis ordered workers to attack her monuments and to drag down and smash her statutes, all with the intent to obliterate her image. Why? The motive may have been that he wanted to erase the memory of a successful woman pharaoh in order to make his own reign look good. That’s a rotten reason, in my opinion.

Sure, the dead may not care about desecration, but a destructive act is meant for the living.