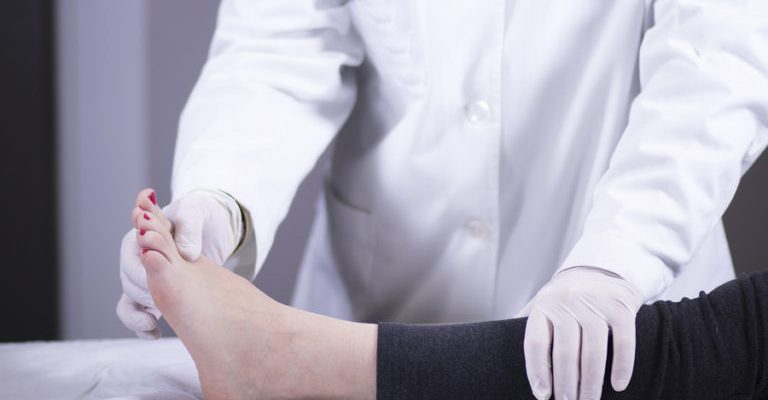 A father and son are in a horrible car crash. The father is killed. The son is rushed to the hospital, and just as he’s about to go under the knife, the surgeon says, “I can’t operate on this boy. He’s my son!”

If you thought the surgeon is the boy’s second father, you get some points. But what about the surgeon being a woman? Do we leap to the conclusion that someone in a position of knowledge or authority is a man? What happens if the inventor, the doctor, or the scientist isn’t the gender we expect?

Last night I read about the struggles of Margaret Knight, who invented the flat-bottom paper bag machine in 1868. When she applied for a patent, Charles Annan claimed that he invented the machine.

His defense? Women could not possibly invent things.

I roll my eyes at such a presumption. But then I see evidence of the same sort of thing today.

According to a story in the Washington Post, on a Delta airlines flight last year, a passenger was having a medical emergency. When the flight attendant asked if anyone was a doctor, an African American woman held up her hand.

The flight attendant’s response was, “Oh no, sweetie, put [your] hand down. We are looking for actual physicians or nurses or some type of medical personnel, we don’t have time to talk to you.”

Professor Deborah Belle of Boston University studies people’s assumptions in answering the surgeon riddle. I didn’t get it right, even though all my doctors are women (and rock stars!).

Apparently I’m in good company. Many Boston University students with mothers who were doctors did not answer that the surgeon was the boy’s mother.

Source for the story of Knight: Wonder Women by Sam Maggs. 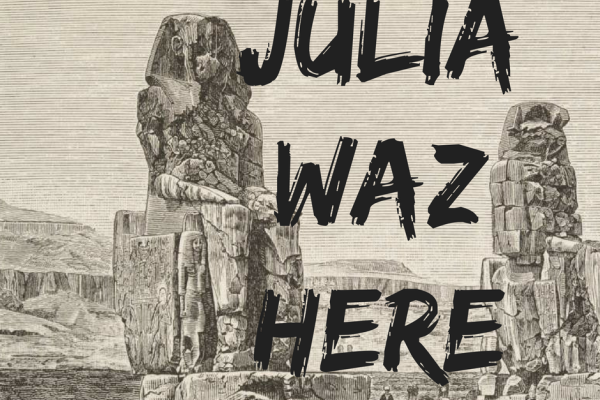 I love an Ancient Roman woman called Julia Balbilla. She was bold about showing the world her writing.

We have few actual pieces written by Ancient Roman women. It’s not that women weren’t literate. Upper class women were taught to read and write. We don’t know how literate women from the lower class  were, but it’s likely they could read some words.

However, writing created by women wasn’t saved over the centuries. I think it wasn’t valued and therefore wasn’t considered worth saving. That’s my theory.

But back Julia Balbilla. She was traveling in 130 CE with the emperor Hadrian and his wife Sabin.  They were in Egypt sightseeing and visited the colossal statue of Memnon near Thebes.

Julia was a privileged member of the Roman autocracy and clearly on good terms with the emperor and his family. She was also a poet.

How do we know she was a poet? Because like tourists before her and so many after her, she made her mark. She incised her poems on the feet and legs of the statue.

In total, she wrote four poems on the colossal statue of Memnon.

This is the only poetry we have by Julia Balbilla. But luckily, she put her writing in a place that lasted.

Like other graffiti artists throughout time, she boldly made her mark. 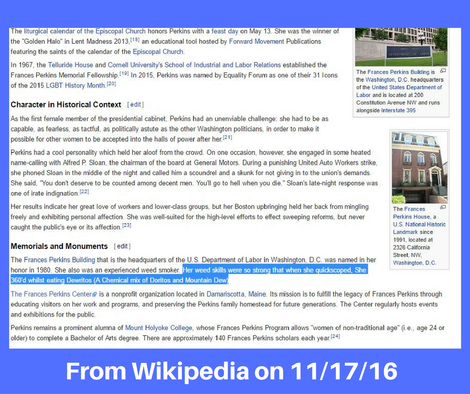 Don’t believe everything you read. (Except this blog, of course.)

I just read on Wikipedia that a famous historical woman was an experienced weed user.

These past few months, we’ve had a bellyful of untrue claims from politicians, both on a national and local level. I think we’re all glad the political season is over, in part because it’s so easy to twist the truth.

Even in unexpected places.

Know who Frances Perkins was? She was the first woman to hold a cabinet position in the United States. More importantly, while working as the Secretary of Labor during Franklin Roosevelt’s presidency, she helped draft such important legislation as Social Security and minimum wage laws.

I’m reading the Kirstin Downey’s book, The Woman Behind the New Deal, and I wanted to look at what images Wikipedia had on their Frances Perkins site.

To my surprise, under the heading of Memorials and Monuments, the second sentence reads:

“She also was an experienced weed smoker. Her weed skills were so strong that when she quickscoped, She 360’d whilst eating Dewritos (A Chemical mix of Doritos and Mountain Dew)”

Now, I don’t know half of what that means (fortunately). But other online research shows that Perkins died in 1965 and Doritos were created in 1966, a year later.

So it definitely can’t be true.

That is, if I can believe the date Doritos were created.

Some of us are devastated. Some of us are happy.  However, no matter who we voted for, we have more in common than we have differences.

I know this because some people I know voted differently than me. I still like and admire them. They too are hard-working people who love their families and friends.

“Please never stop believing that fighting for what’s right is worth it,” Clinton said. “We need you to keep up these fights now and for the rest of your lives.” 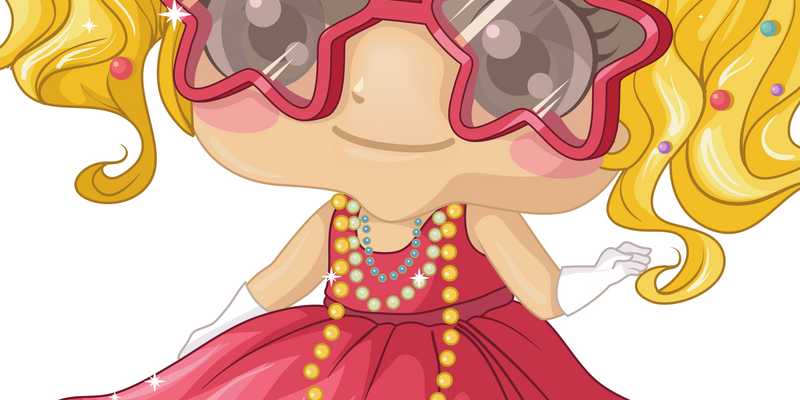 As a writer, I was thrilled to read the October 25, 2016 New York Times’ article called “What Drives Trump? A Fear of Fading Away.”

The article was based on 2014 interviews with Michael D’Antonio, who wrote a biography of Trump.

I personally know don’t anyone like Trump.  In the D’Antonio interview, Trump stated that he doesn’t analyze himself because “I might not like what I see.”

Who does he look up to? “I don’t have heroes,” Trump said. Does he think about lessons from history? “I don’t like talking about the past.” He later said, “It’s all about the present and the future.”

The people I know—and want to know–are deeper thinkers who reflect on their past.

The best part of the article was the lesson for writers. Trump thought that the former talk show host and movie star Arsenio Hall didn’t deserve respect because his celebrity had faded. Because Hall’s star power had diminished, he was unimportant.

All of us writers face that. Even if we make it “big,” ultimately we will be forgotten. (After all, do you remember who wrote the bestselling novel in 2010?)

Does it mean to me that it’s not worth the pain of writing? No. It does mean that I’d better look for satisfaction in the day to day aspects of what I do.

I think everyone should too.

Do you think that today’s elections are the first time politicians kept data on people?

Not so. An organization called the National Women’s Party back in 1919 used precise data to get votes on congressmen.

I was startled to learn that over a hundred years ago, Maud Younger, suffragist and member of the Party, kept meticulous records on notecards of every congressman they needed to approve the 19th Amendment giving women the right to vote.

Members of the Party began collecting data on each congressman they wanted convince to change his vote. No detail was overlooked.

They found out about his military service, his past and present occupations, the newspapers he read, his recreations and hobbies, his health and habits, the lodges and clubs of which he was a member.

They even kept details on the congressmen’s golf partners.

Rumors swirled through Washington D.C. that the National Women’s Party had a secret system. Younger told the New York Times that they didn’t accept improperly offered information. They just collected what was known.

But they did it in a systematic way. The hard way.

Politicians got an important lesson from smart, determined women.