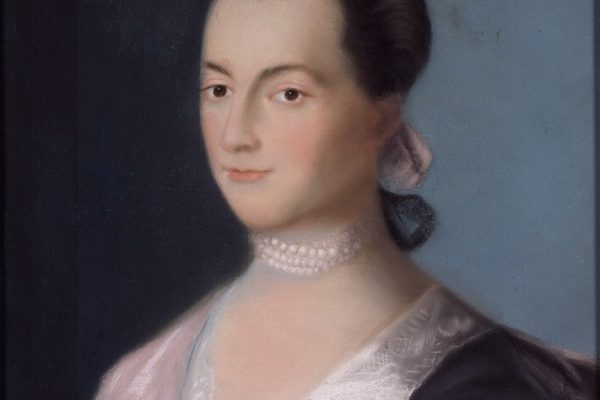 My shoulders are heavy and my stomach is tight. It’s just time to purge the house. Yet I hate facing stuff I should let go of, maybe because we grew up poor. Surely you’ll need the black cotton jacket that makes you look 20 years older? What happens if you run out of regular soap and you don’t have any hotel soap at hand?

Still, my husband’s aunt is coming to town, and it’s difficult to clean when you have clutter.

Abigail Adams knew the value of cleaning. In 1784 she was traveling with her daughter on the little trading ship Active, heading for Britain to reunite with her husband John. She and the other passengers became seasick. All she could do was crawl to the deck and gulp fresh air once a day. As she recovered, she was repulsed by the “horrible dirtiness” of the ship.

In a letter to her sister, she wrote that she “soon exerted my authority with scrapers, mops, brushes, infuses of vinegar.” In a few hours, it looked like a different ship.

She wasn’t finished. She worked on the ship’s cook, getting him to improve the food and even cooked some meals herself.

She did it all with charm, touring the ship with the captain and learning the names and locations of the masts and sails. Soon he told her he was sure she knew the ship well enough to steer and “to take a trick at the helm.”

Abigail Adams rolled up her sleeves and made the ship better. Aunt Chris is going to find a sparkly house, and a better one too. Tears are running down my cheeks.  The oncologist is saying I need an ultrasound with a biopsy. If they can’t find the lump with that procedure, they’ll do another MRI.

I’ve had four tests since March, and now I’ve got more to do. Plus wait again for the results.

I write about strong women, and I’m an independent gal who can handle my share of hardships. But those past two weeks, I was terrified.

Here’s what I really learned:

Waiting is Hard. I’m a planner. This year I’m doing a fun part-time gig in San Francisco and completing a novel.   You can’t work productively when you’re doing chemotherapy. A friend said, “You’ve not been diagnosed. Therefore you don’t have cancer.” When I started to panic, I thought of his words.

You Don’t Control Your Illnesses. There’s a New Age theory that suggests we’re all responsible for our illnesses.  This kind of thinking drives me crazy. Still, when I wondered whether I should have eaten more vegetables and fruit, the oncologist said, “I don’t want you blaming yourself.”  Wondering about that wouldn’t have helped.

Kindness Matters. A friend offered to go to hospital with me time and time again. People on Facebook wished me well, and when I posted that everything was benign, they left wonderful comments. A friend in Italy enjoying her vacation took time to text me and say, “I wish I could be there for you.” These acts–and many, many others–meant so much to me.

I learned a lesson about trusting others. You don’t have to cope alone. Other people can help you get through hardship. 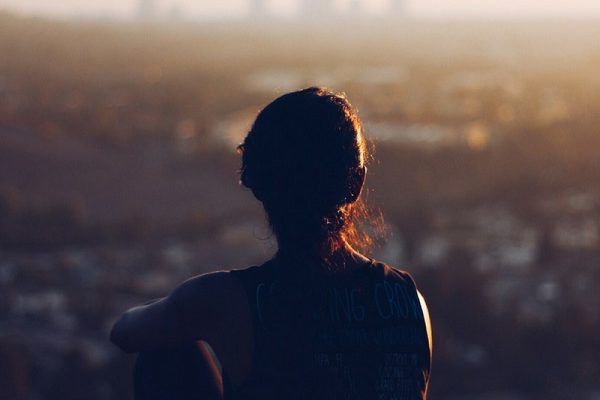 In the past month, many women have told me their own journey with cancer. They don’t mention fear, but I know they were afraid. Still, they faced what they needed to face.

“Everyday courage” is what I call it. You won’t win a trophy or get written into a history book. But make no mistake; it’s definitely courage.

I’ll think of these women during the process and remember to be like them. I will show everyday courage too. 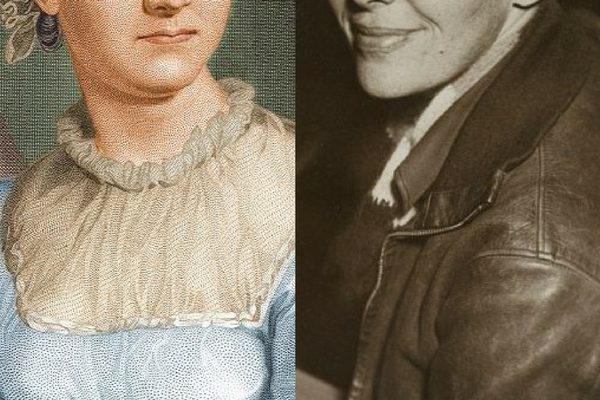 Writing a novel is like playing Whack-a-Mole. You hit one problem and another one pops up. Except there’s no timer. The writing game isn’t done until you say it’s done. Or you quit.

What keeps me going are other women. Women friends who have written novels. I also get inspiration from those in the past. At a time when women didn’t write books, Jane Austen self-published her own work. Amelia Earhart faced incredible risks to do what she loved.

I can’t imagine I’d be a writer without these women looming large in my mind.

Only about 13-percent of the figures in history textbooks are women. “You can’t be what you can’t see” is from a teacher surveyed by the New-York Historical Society.  Like others, he’s struggled  to help his female students learn the importance of women’s contributions.

The Historical Society is not only developing teaching units for middle and high school teachers, but it recently opened a new Center for Women’s History to deepen our understanding of women’s contributions.

I wouldn’t be who I am today without other women. Let’s see more of what we can be. 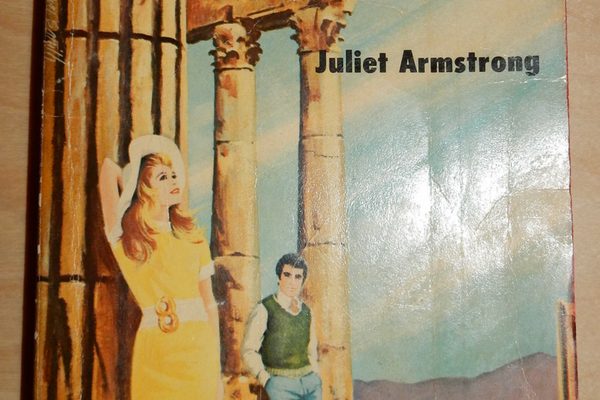 I tensed when a friend at my house inspected my reading pile. Hidden in the jumble of books were two 1970s Harlequin Romances. I want her to think I’m smart, tackling complex tomes. Yet I have been reading these vintage romances.

It started after a conversation with a friend who writes contemporary romances. “What did the characters do in those early Harlequin romances when the first kiss was on the last page?” we both wondered.

I had read many of these Harlequins when I was an early teen, but I didn’t remember what they were like. I went looking for them. You can buy a whole bunch of them—like a 100 books—for about a buck a piece. I was lucky. I found a couple of old Harlequins at a used bookstore.

The ones I read all had a wealthy hero, but the men weren’t always handsome. They all had a happily-ever-after scenario, as if love and money will take away every problem. That’s not realistic, but we still wish for something like that. Look at readers of People Magazine who follow the Prince Harry and Meghan Markle romance.

I was startled that in the vintage Harlequins, the heroines make decisions and take control of their lives. For example, in The Tideless Sea, the heroine is the widow of a cheating husband. Rather than settling down to a boring job, she takes an extravagant vacation to Greece to heal herself.

All heroines in these novels want to be loved.  But don’t we all?

I’ll keep the vintage Harlequins. In the middle of some night, when I’m awake and plagued with worries, I’ll read them again and be consoled enough to fall back asleep. It’s a good reminder that the heroine will always find her way. 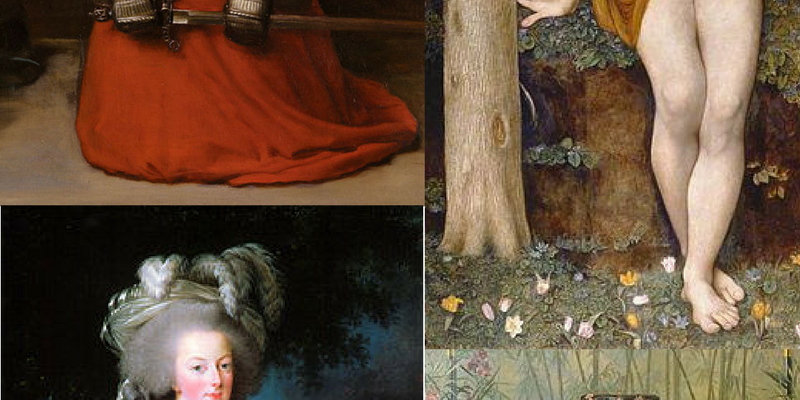 Historical fiction author Mary Sharratt posted on Facebook this week asking for the names of the most maligned women in history. The response was overwhelming. Name after name was mentioned, some several times over.

I started copying the names, including the repeats, and filled five sheets of paper. The names ranged from Eve (including a discussion of whether she actually lived and whether that counted) to Hillary Clinton, who was listed several times.

The commenters included famous women, such as Joan of Arc, Anne Boleyn, and Catherine the Great, and less famous women like Ruth Ellis and Ethel Rosenberg.

One discussion centered on Wallis Simpson, and whether she was really as bad as she is portrayed. A commenter defended her, noting how faithful she was to her husband and how poorly she was treated by society at the time. Schoolchildren in the 1930s even blamed her in a chant: “Hark the herald angels sing, Mrs Simpson’s pinched our King.”

I learned that we have to be very careful if we bash women in history. Popular lore sometimes paints women as being bad–and blaming them–but we need to dive into the facts and make up our own mind.

As a historical novelist writing about strong women in ancient times, I found that true of Fulvia, Marc Antony’s wife. Ancient Roman writers branded her as being greedy and interfering with her husbands’ business (she had three). They didn’t like her because she had intelligence and influence with men, something they considered unseemly.

Historical Roman writers also maligned Cleopatra, calling her a “whore queen” because she opposed and ultimately lost to the Roman Emperor Augustus. He had his side of the story written into the history books.

Yes, it’s true that history is written by the victors.

But let’s not be fooled. Let’s look deeper into the lives of historical women.