I’m flaming mad and incredibly sad at the same time.

Back then, photographs of NASA workers usually showed a monotony of men in white shirts and black ties. The photographic documentation portrays a falsehood. African American women (as well as other women) made significant contributions to this country’s space program while living in the segregated South at a time when some restrooms were for whites only. In other words, yes, you can help us get to the moon, but you need to use your own bathroom because we’re afraid of mingling with you.

Yet they called these women “human computers.” They were blow-you-away smart.

The only surviving member of the group portrayed in Hidden Figures, Katherine Johnson, calculated trajectories, launch windows, and emergency back-up return paths for space flights. She worked on the NASA missions of John Glenn and Alan Shepard and the 1969 Apollo 11 flight to the moon.

NASA stated that Johnson’s contributions proved critical to the success of the Apollo Moon landing program and the start of the Space Shuttle program.

And we’re just learning about this now?

Only through the work of writer Margot Lee Shetterly, who wrote the book Hidden Figures, did the story come out. Actress Olivia Spencer, who plays Dorothy Vaughn, NASA’s first African American supervisor, told National Public Radio that when she first heard about the film, “she thought it was fiction.”

How can such an important contribution be hidden throughout the years?

If stories of other women inspire us, what happens to us and them if we don’t even hear their stories?

Who supports you? Who keeps you strong?

In America we have this myth of individualism. That people who achieve great things–or even small things–do it alone, without help from anyone.

I don’t believe that myth. I think we all have someone who tells us, “Yes, you can. You can do this.” And whether they speak words or just show you…it’s still telling you.

I wrote a short post on Facebook about scientist Barbara McClintock, the first person to make a complete genetic map of corn. When she presented her findings in a lecture in 1951, no one believed her. That was okay with her. “When you know you’re right,” she said, “you don’t care what others think.”

Although I admired her belief in herself, I wondered how she got to be so strong. So I started digging. And I found something that made sense.

After she received her Ph.D., she continued to study at Cornell. She made friends with three scientists who were eager to discuss their own findings in genetics. In her words, it was “an extraordinary period.”

Over the years, she maintained warm relationships with these three scientists. The association, she reported when she received her Nobel Prize, “profoundly affected each one of us.”

So that’s how she could stand alone after that 1951 lecture. Because she wasn’t really alone. She had friends.

I have my husband, my sister, and some extraordinary friends. Who supports you? 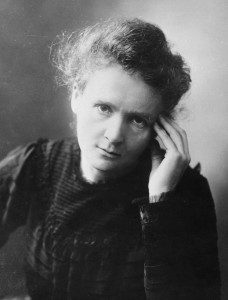 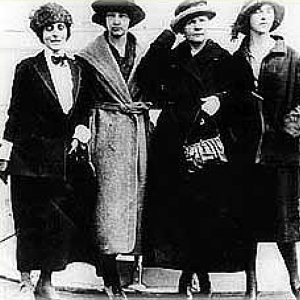