How do you become a good novel writer?

Put in the time.  A long time. About ten years. 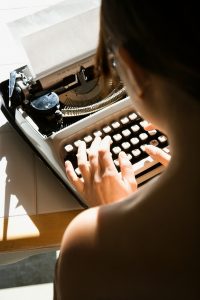 Sure, for a few writers, they’re prodigies like Mary Shelley, who wrote the classic Frankenstein before her twentieth birthday. For the rest of us who juggle other demands in our lives, it takes years.

I’ve put in the time. I’m back working on chapters of my latest novel, and I can feel that the writing is better, much better than I’ve ever produced before.

Last week I read a chapter to my writing critique group, Puget Sound Writers’ Guild, who are an educated, sophisticated, and picky bunch. They echoed what I thought was wrong with the chapter, but overall the consensus was that it was darn good.

There’s a handful of Guild members who have been around for years. I’ve seen them progress. My friend Jeremy is one such writer. He gets up extra early every day to spend time writing before he goes to work. Years have gone by. He was good before, but now he’s great.

I’ve also seen newbies come into the group, with stars in their eyes how they’re going to “make it rich” by banging out a novel in six months. Their writing isn’t great, and they don’t stick around long enough to get better.

Malcolm Gladwell is well known for stating that it takes 10,000 hours to become proficient at something. Doing the math, that’s putting in 1,000 hours for 10 years, which sounds daunting.

It is. Writing a great novel takes time.