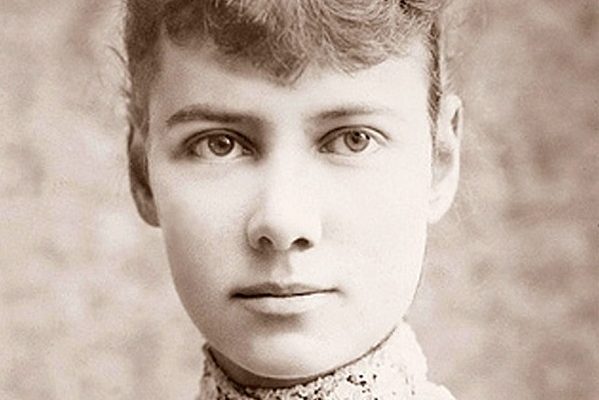 I’m inspecting my fingernails. I’m playing with my drum.

Anything will do except to sit down and write. When you write, you’re exposing yourself, not only what you think but your talent and skill level. It can be frightening.

Nellie Bly, at age 14, read an article in the Pittsburgh Dispatch newspaper entitled, “What Girls Are Good For.” The article claimed women should be having babies and keeping a house. She became incensed and fired off an anonymous letter to the editor refuting the article’s claims.

The editor was so impressed that he challenged the writer to show herself. She went to his office, and he asked her to write something more.  Her first article was how divorce affected women. She had seen the difficulty when her mother divorced her second husband, a drunk and wife abuser.

The editor offered her a full-time job. Nellie went on to report about the conditions of women working in factories, which gained reader popularity. Soon factory owners, who bought ads in the newspaper, complained to the editor. She was transferred to writing a “women’s column” about fashion and gardening.

She quit her job and went to Mexico, reporting on life under the dictator Porfirio Diaz. When threatened with arrest, she returned to the Pittsburgh Dispatch. She was offered a job writing about the arts.

She didn’t want that. She moved to New York in 1887 to try her luck, and ultimately convinced Joseph Pulitzer of the New York World to hire her for investigative reporting.

Nellie insisted on writing about what concerned her. After a brief delay, I get to my writing too. 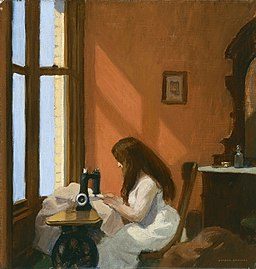 Lately, it’s hard to breath when I think of my beloved husband dying sometime and leaving me to live alone. It’s been a long time since I’ve been alone.

In 1936, Marjorie Hillis wrote in her book Live Alone and Like It:

The chances are that at some time in your life, possibly only now and then between husbands, you will find yourself settling down to a solitary existence.

When Hillis was writing in the 1930s, a woman living alone was considered glamourous. Not so today. While single men might be considered attractive bachelors, the same standard does not apply to women. Frequently today, single women are pitied.

It’s foolish to think of single women that way. We frequently don’t have a choice. Relationships break, or someone dies, or we just can’t find the right person.

Hillis’ belief is that it’s critical how you think about living alone: “The beginning is your attitude—your approach, so to speak.”

I can’t control whether I’ll live alone. I’m still terrified at the thought of being a widow. But if that happens, no matter how painful it might be, somehow I’ll be okay. 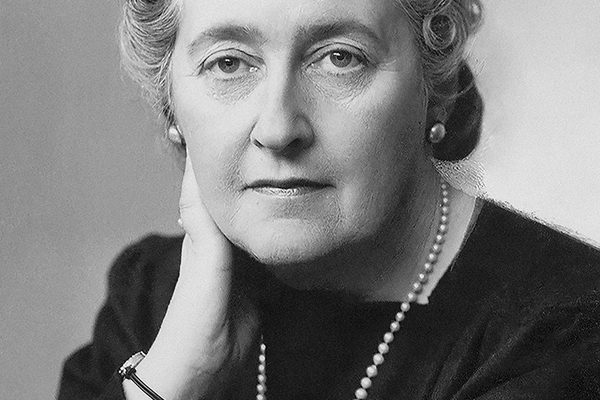 The movie Murder on the Orient Express opened this week, with Kenneth Branagh starring as Hercule Poirot. Christie’s novel was first filmed in 1974, but the UK Daily Mail calls this version “one of the most highly-anticipated films of the year.”

Christie has been dead for 41 years, but she’s still the bestselling novelist of all time. Her books come in third in sales ranking behind the Bible and Shakespeare’s works.

Her portrait suggests a calm, even dull, Englishwoman. But was she?

Here’s seven fascinating facts about her:

1.   Christie, along with her sisters, believed their mother Clara was psychic and had the “second sight.”

2.  Her mother insisted that Christie be homeschooled and not be taught to read until she was eight. Not willing to wait that long, Christie taught herself to read.

4.  Her pseudonym for her first novel was “Monosyllaba.”

5.  When her first husband, Archie Christie, told her he in love with another woman, Christie mysteriously disappeared for 10 days. Over 1,000 policemen searched for her, as well as over 15,000 volunteers. She was found at a hotel in Yorkshire, registered under the surname of her husband’s lover.

6.  In 1928, she took the Orient Express train to Istanbul, and met her second husband, archaeologist Max Mallowan.

7.  She was given the feminine form of knighthood for her writing and her husband was knighted for his archaeological work.  They are one of the few married couples separately honored for their own contribution.

About that photograph of Agatha Christie? Looks can be deceiving.

Here’s more facts about her. 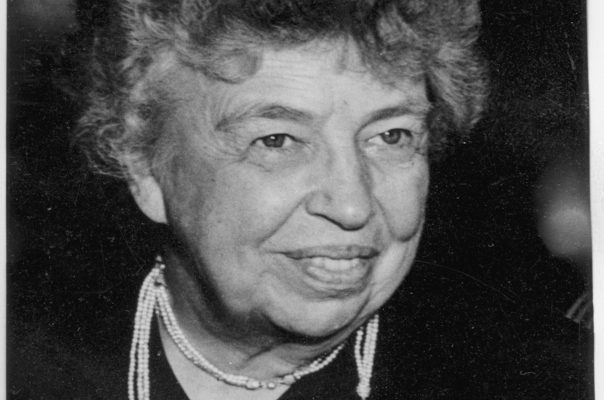 I am afraid of Facebook. I’m a private person. I do have a rich inner life, but the idea of sharing what I think about with the world, well, that frequently scares me.

I wouldn’t be on Facebook if I didn’t have something to contribute.

I believe we need to remember stories of other women from the past. These stories tell us what’s possible for us. They tell us who we are and who we can become.

“Do one thing every day that scares you,” said Eleanor Roosevelt. Wife of a three-term president? What does she know about being scared?

In 1958, Roosevelt was scheduled to give a workshop in Tennessee on integration and civil disobedience. The FBI came to her and told her not to go. They told her that the Ku Klux Klan had put a bounty on her head. The amount was $25,000, a princely sum in those days.

Roosevelt went anyway. She flew into the Nashville airport and was met only by a 71-year old woman. No police, no Secret Service, no FBI. Just 74-year old Roosevelt and this woman, a mere three years younger than her.

They got into a car and placed a loaded gun between them on the front seat. They drove to the site of the workshop, through twisting mountain roads at night, never knowing if around the next curve a band of hooded Ku Klux Klan members were going to block their car and kill them.

They made it through.

When I think about this story, about the guts and determination that it took for Roosevelt to stand up to the Ku Klux Klan, it helps me to realize that standing up for what I believe in a public place like Facebook is doable.

So what if Facebook scares me. I’m following Roosevelt’s suggestion. I’m doing it every day. 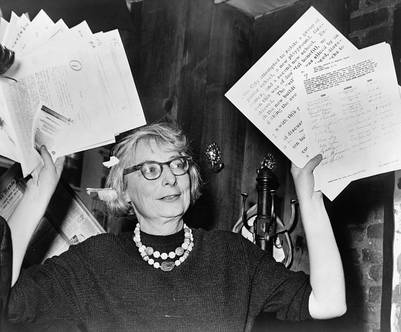 This past week, in a suburb of my town of Portland, several hundred high school students protested over a hand-painted sign someone hung in the cafeteria that proclaimed “Build A Wall.” The reference to Trump and immigration was particularly devastating to the students of this high school, many of whom are Latino. But it wasn’t just Latino students who protested. And in later days, students from other high schools also voiced their objections. The protests attracted the attention of the news.

In the 1950s in New York City, mom and writer Jane Jacobs took on the powerful Robert Moses, an urban planner “king” who was driven around New York in a black stretch limousine with pigskin seats. Moses wanted to ruin Washington Square park in Jacobs’ Greenwich Village neighborhood by constructing a road that would serve as an entrance ramp to the Lower Manhattan Expressway.

Jacobs organized protests. Moms with strollers rallied in the park. Older children put up posters, while other kids wore signs. At one hearing, Moses stormed out, shouting, “There is nobody against this – NOBODY, NOBODY, NOBODY but a bunch of, a bunch of MOTHERS.”

Jacobs helped save Washington Park and went on to write a critically acclaimed book, “The Death and Life of Great American Cities,”

Sometimes we think our voice doesn’t matter. But like high school students and mothers, you never know the effect. 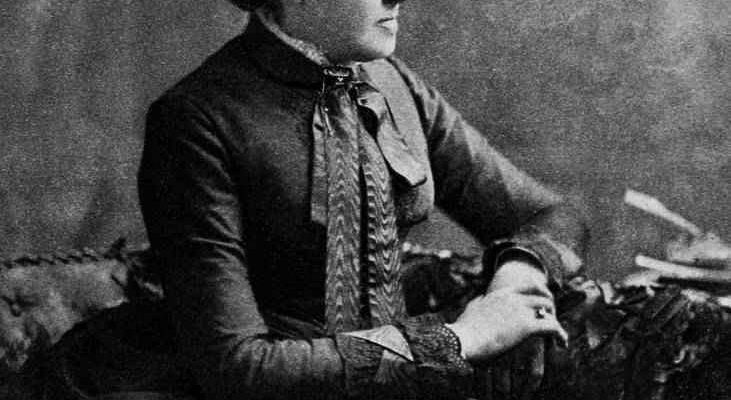 Of all the weird stuff on the Internet, there’s someone called the “poop girl.” She went on a first date to a man’s house, had bowel troubles in his bathroom, and well…..let’s just say everything you’re imagining right now is true. Then she spread her story on social media and later complained to US Weekly how embarrassing it was.  Hmmm. Wasn’t she the one who posted her “private moment?”

Louisa May Alcott, the author of Little Women, had fame for a good reason. The book earned enough to finally get her out desperate poverty. But even in 1868, being a “celebrity writer” was a burden.

Fans from all over would come to her house looking for the spunky Jo March, only to be confronted with the older and impatient Alcott. Reporters sat on her property and took notes, while artists sketched her as she picked pears in the garden.

She wrote in her journal in 1872, “People must learn that authors have some rights; I can’t entertain a dozen a day, and write the tales they demand also.”

Deception became her self-defence. Fans knocking eagerly at her door forced her to grab an apron and a cap, snatch up a feather duster, and then, holding the door open a crack, Alcott would pose as her maid. She would shake the feather duster in the visitor’s face, announce that Miss Alcott was not home, and slam the door.

Maybe fame isn’t the glittering treasure people think it is. Maybe having friends knock at my door, instead a stream of strangers, is a small but welcome gift.

Thanks to Harriet Reisen’s Louisa May Alcott: the Woman behind Little Women